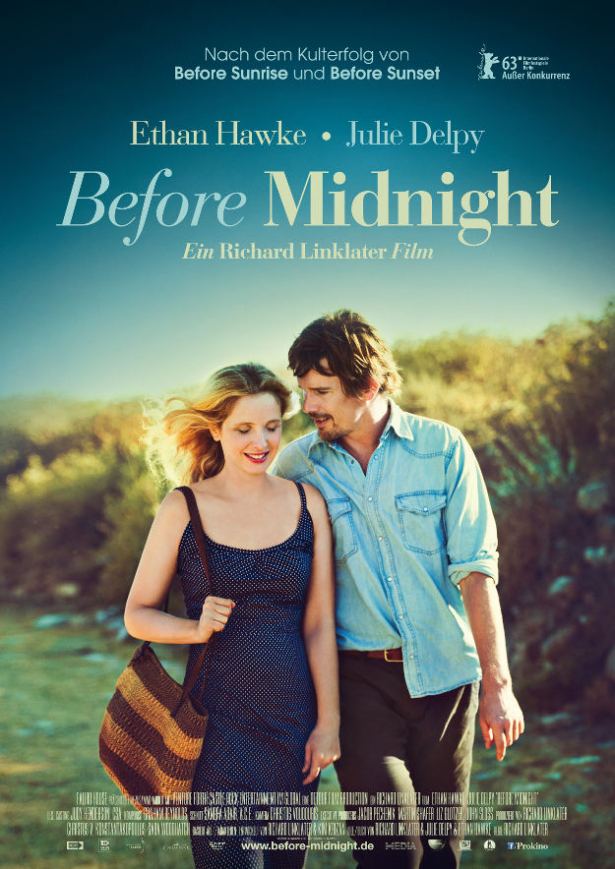 “Before Midnight”, was the long awaited final piece to the engaging and captivating trilogy directed by Richard Linklater.The film is set in yet another far flung and exotic location, namely Greece.

The storyline picked up nine years later (After “Before Sunset”) in Greece with Jesse (Hawke) and Celine (Delpy) who now have twin children. Over time, audiences have seen the evolution of their relationship over two decades, from the time they met in Vienna, to their second meeting in Paris.

Each encounter saw the characters mature as they both encountered and endured their own life issues; the films are so popular due to the sense of empathy and understanding that audiences have with both Jesse and Celine; they are just normal human beings, who are for each other, dealing with whatever life throws at them

Like the previous two films, expect the plot to be trumped by an ingenious script which affably and tactfully charts another chapter of these two characters lives. Global audiences have grown to admire and love both for their frank, genuine and sincere exchanges on everyday life and modern relationships.

Now as parents, the two have to address another stage of their life, examine where they stand and seek happiness, peace and contentment in their own little ways.

From the trailer, the locations and scenes look alluring and charming. Early reviews suggested that the third film reversed normal notions of “old is better’ by being the best scripted and paced film.